Started August 2016 as a donor directed Endowment fund, this memorial fund is in memory of Peter Robinson. Peter was an active member of his community and well loved by all who knew him. 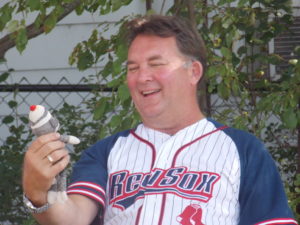 A Vasey boy through and through, he loved his community and gave back his entire life. Whether it was as an active member of Unity United Church singing in the choir, teaching Sunday School or auctioning off pies to the highest bidder he was always a happy presence felt by his church family. He also sat on the Vasey Park Board and helped when the second diamond was added and lights and washrooms were needed for the park. For many years he was involved in Minor Ball, many which were spent as the President. He also coached all levels of minor ball as well as Select Teams and was coach when the Vasey select Team won the All Ontario Championships. 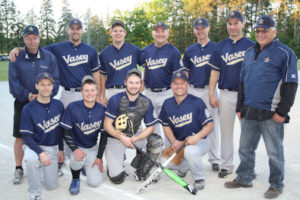 Not to be one to stand by and let others have all the fun, he also played fastball most of his life. He ‘retired’ from the Vasey Giants (formerly Countrymen) many times before finally retiring a couple of years before his death. For many years he talked of fielding an entire Robinson field in a game and realized that dream a couple of years ago where all 9 players and 2 coaches had the last name of Robinson for one inning.

When the snow fell, hockey and curling kept him busy. He was a trainer for the Coldwater Wildcats when the Novice Team won the All Ontario Championships in front of an arena full of more than 500 fans. He continued on the bench for over 10 years and was touched when he received the Referees Choice award for his volunteer work with Coldwater Minor Hockey.  He continued to play goal himself with the ‘old guys’ in Coldwater and was known as ‘the fun goalie’. He was known to say “just give me a 7 goal lead and I will guarantee a tie game”.

When Peter walked in a room he radiated happiness. The energy level rose and the laughter increased. 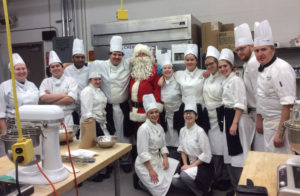 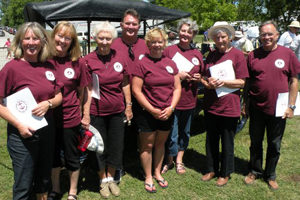 This was written and spoken by his wife at his Celebration of Life:

“I am not going to tell you what a wonderful man Peter was… I know every single person in this room already knows that. So instead I am going to the answer the question you all have, the question I get asked all the time by people after they meet Peter, YES he is ALWAYS this happy!

Very few people know the whole man. Even people who have known him for years, even decades don’t know the whole man he was. Most know Peter as that fun loving man who ALWAYS wants to make sure everyone is happy. Yes, he is that man, and yes he is that man all the time. But he is also the soft, quiet man that likes to sit with a good book or a crossword puzzle and a cup of coffee. Many days we would sit at home, he with his crossword and me doing my jigsaw puzzle on my iPad in complete silence. Yes! Complete silence 😉  And we were so content just being in the same room together.

You will hear hundreds of people sharing stories of how much they loved having Peter as part of their ‘team’ be it fastball, church, curling, choirs, work, committees, etc. but as you tell of this love I want you all to remember that he loved being a part of your lives as much as you loved having him a part of yours. Dare I say he loved it more?

Yes he was happy ALL THE TIME. Because he loved life, he loved his family and he loved all of you more than I can ever express in words. As you leave and go back to your lives can I say to you this: Remember Peter, remember his joy of life, remember how he lived every day to it’s absolute fullest. He shared laughter and happiness wherever he went. If everyone in the world lived just a little more like Peter… WOW! … in the immortal words of Louis Armstrong, “What a wonderful world this would be.”

The Emergency Community Support Fund was initially announced on April 21, 2020 by the Prime Minister of Canada. It is part of a broad series of emergency response measures by the Government of Canada.

The Fund is a $350 million emergency funding program from the Government of Canada to help charities and non-profit organizations serving vulnerable populations disproportionately impacted by COVID-19. Starting May 19, qualified donees can apply for ECSF grants via CFC and participating community foundations across Canada.